The revised Japanese Electrical Appliances Safety Law will be implemented from July 2012. After this revision, LED bulbs have also become the object of this regulation. Of the several limiting criteria, particular attention is paid to the limits of electromagnetic noise intensity. At present, there are LED lighting fixtures on the market that have higher electromagnetic noise than incandescent bulbs and bulb-type fluorescent lamps. With the implementation of the revised "Electrical Supplies Safety Law", strict noise countermeasures must be taken. This article will analyze the noise types, evaluation methods and countermeasures of LED lighting according to the current status of LED lighting.

The lack of power supply originating from the Great East Japan Earthquake caused people's awareness of power saving to rise rapidly. Energy-saving products such as LED lighting fixtures and LCD TVs using LED backlights are gradually becoming the mainstream in the market. In terms of LED lighting equipment, bulb type, fluorescent tube type, chandelier and ceiling lamp have already been put on the market.

Among them, LED bulbs are not only well-known lighting manufacturers, but also new products from manufacturers have begun to sell at low prices in household goods stores. The LED bulb market is rapidly expanding.

At the same time, the environment for the popularization of LED bulbs, such as standardization and regulatory introduction, is also being established. Previously, LED bulbs were not covered by the Electrical Appliances Safety Law. Therefore, some LED lighting products have large electromagnetic noise. In this way, if the lamp of the street lamp is replaced by a mercury lamp into an LED bulb, it will cause obstacles to reception of the television and the radio.

An incandescent light bulb is a resistive load with no internal power supply circuitry, so there is no such electromagnetic noise problem. But after switching to LED bulbs, the problem is highlighted. If we promote the popularity of LED lighting in this way, there will be multiple sources of noise in the home.

Therefore, overseas, LED lighting fixtures, like ordinary lighting fixtures, must comply with the international standard CISPR15 ("Limitations and Measurement Methods for Radio Disturbance Characteristics of Electrical Lighting and Similar Equipment"), and all countries have introduced restrictions based on this standard.

Japan will also begin to implement such restrictions. Starting from July 2012, LED bulbs will become the object of application of the Electrical Appliances Safety Law. It also includes a specification regarding the noise intensity (the frequency band of the predetermined noise terminal voltage is 526.5 kHz to 30 MHz, and the frequency band of the noise power is 30 MHz to 300 MHz).

Regardless of whether the Electrical Appliances Safety Law is implemented or not, as the LED lighting market expands, the problem of interference with other electronic products is unavoidable.

There are two modes of noise current

Figure 1: Example of electromagnetic noise observed in an LED bulb

The EMC regulations define the measurement of two types of electromagnetic noise, radiated noise and conducted noise. LED bulbs are no exception. Some LED bulb products have noise that exceeds the CISPR15 specification (quasi-peak: QP and average: AV). 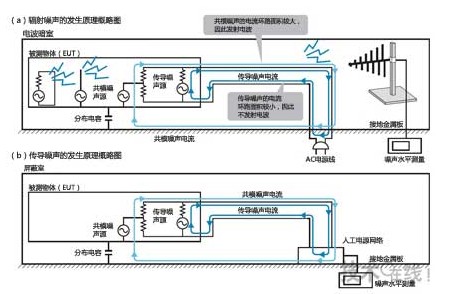 Figure 2: There are two modes of electromagnetic noise

The differential mode and the common mode component can be observed in the conducted noise (Fig. 2(b)). If it is conducted noise, it is necessary to take countermeasures based on the characteristics of the noise components. Let me first introduce the method of suppressing conducted noise.