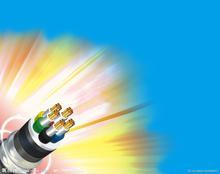 Although China currently ranks as the world leader in terms of gross domestic product, its market share in the global competitive landscape is not optimistic. Moreover, the average profitability of China's wire and cable market share is also very low, only hovering around 3% - 4%. Although margins such as ultra-high voltage cable, special submarine power, and new energy special cable are relatively high, they are not at the disposal of most wire and cable manufacturers.

The reason why China's wire and cable manufacturers have a meager profit lies in the fact that Chinaâ€™s wire and cable industry is dominated by medium and low-end products that cannot meet the requirements of products such as German Priusman, Franceâ€™s Nexans, and Japanâ€™s Furukawa. R & D and process control levels. Moreover, at present, the development of the wire and cable industry in China is an extensive and extensive production and business model. The vast majority of SMEs attach more importance to short-term economic effects. Few companies are willing to invest manpower, material resources and funds for high-end products. R&D and production therefore create a vicious circle that can only compete in the low-end market. It can even be said that many small and medium-sized manufacturing companies in China have not even carried out basic research work, so they will be so far from the gaps between foreign cable giants.

It is also due to the lack of R&D and production capacity of domestic high-end products, which has led to serious problems in the industry. Due to the lack of unified planning, it has caused a serious excess of production capacity. Take the Lita project as an example. The local wire and cable manufacturers are keen to compete for the Lita project. The reason is that China's largest cable purchaser, State Grid and China Southern Power Grid, had previously required the use of ultrahigh-voltage cables for the selection of Lita. As of December 2012, the total number of towers that have been built or under construction in China has exceeded 70, and conservative estimates have reached or exceeded the total number of towers in cable companies in all countries except China. In addition to the large number, but also the higher the construction is, the maximum has now reached 180 meters.

In recent years, the ultra-high pressure catenary cross-linking production line can also meet the requirements of cable eccentricity, and the State Grid and China Southern Power Grid have gradually liberalized the catenary market. Therefore, whoever can achieve the quality level of the production cable of the tower with a catenary production line with less investment will inevitably bring huge profits to the company. If blindly follow the trend, they have to invest in the production of cable, it is high cost and low profit.

From China's wire and cable industry in the global market competition is difficult to occupy a dominant position, and domestic wire and cable manufacturers for high-end product research and development deficiencies, corporate profits and other issues, thus extending the domestic mainland China in spite of numerous wire and cable brands, but the lack of international famous brand. Currently, foreign counterparts know little about other large wire and cable brands, in addition to knowing a few large companies such as Far East.

Of course, unavoidably, another important reason for the low profits of China's wire and cable manufacturers is the ever-increasing production cost, which is mainly due to the high prices of raw materials such as copper. As we all know, the cable industry is a heavy light industry, raw materials and other raw materials, copper and other raw materials accounted for about 90% of the total cost. In recent years, due to the fluctuation of copper prices, the prices of cables have also increased year by year and are extremely unstable. In addition, the problem of dragging and borrowing wires and wires to buy a house is serious. Therefore, under the circumstance of forced necessity, wire and cable manufacturers can only vigilantly owed money to copper and other raw and auxiliary materials manufacturers, thus forming a credit crisis in the wire and cable industry.

In addition to the above problems, there is another difficult problem that cannot be ignored in China's wire and cable industry. The industry concentration of China's cable manufacturers is low, which is also the main reason for the competitiveness of wire and cable giants in developed countries. According to the British Intertek Corporation statistics, although there are nearly 10,000 cable manufacturers in China, there are thousands of supporting industries such as equipment, raw materials and semi-finished products. However, the low concentration rate is one of the main reasons that restricts the competitiveness of China's wire and cable manufacturers.

It is reported that at present, China's top 10 cable companies only account for 7% to 10% of the domestic market share. In contrast to the wire and cable market pattern of developed countries, we found that the top 10 cable manufacturers in the United States, General Motors, 100 Tong, Corning, South Line, etc. - occupy about 70% of the market share! And in Japan, seven major cable companies - Furukawa, Sumitomo, Tengcang, Hitachi, Showa, etc. - occupy more than 66% of the market Share. In France, the five major cable companiesâ€”Nikesen, Newtex, etc.â€”have occupied more than 90% of the French market share!

Faced with the problem of low concentration, only by strengthening the integration of industry resources, efforts to expand the market share of enterprises, etc., can increase the stability of the domestic wire and cable industry. But also through the above-mentioned problems and misconceptions, not only stinging the cable manufacturing companies, but also for the wire and cable manufacturers to specify the direction - through increased R & D efforts, local brands, take the road of differentiated competition, Integrate industry resources and other methods to achieve a new breakthrough in the global market competition structure of China's wire and cable industry!

STD-POE5203-10 supports data and power transmission through CAT.5 cables at the same time. And 8+2 port support fast connecting at 100/1000Mbps. It also supports long transmission distance at 250 meters both for power and data, therefore, it saves cost for the project that requiring long distance transmission through extender, fiber and coaxial cable etc. It reduces line losses effectively though 8-core cable supplying power same time. Max power for each port is 30W, which is for IP Camera and POE wirelessaccess point etc.

Supports Auto-Negotiation: Each of the ports automatically detect whether connected network devices are running at 10Mbps or 100Mbps and half-duplex or full-duplex mode, and adjusts the speed and mode accordingly ensuring easy and hassle-free operation.

Supports Non-blocking Wire Speed: The switch forwards and receives traffic seamlessly with its Non-blocking wire- speed. Every port of the Switch supports speeds up to 200Mbps in full-duplex mode simultaneously, providing full wire speed to connected devices and allowing you to run a high speed network smoothly.

Cascading support: switches can be cascaded for more users per Building (Up to 1 Main+3 switches )

Port base Isolation u/Hardware VLAN: The feature of Port Isolation is implemented in this unit where in the Ethernet Date of the Uplink Port can be transferred to any of the Downlink ports but the individual Downlink ports cannot communicate with each other.

Over voltage Protection is provided on each date port to eliminate damage due to connection of higher voltage(Higher than 24V DC. Up to 80V DC). By mistake if user connect more than 24V POE injector then switch will goes on power off mode and will start working again once this high voltage source is removed.

Over current Protection: We have provided over current protection on each port to prevent damage to the switch in case of high current flowing due to any reason. This is provided using Resettable Fuse to facilitate easy maintenance and avoiding frequent change of blown fuse.