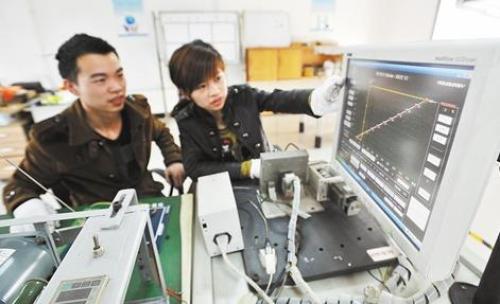 This article mainly describes the causes, hazards, and how to effectively suppress the amount of DC injection.

First, the cause of the DC component

(1) A given sinusoidal signal wave contains a direct current component

This happens mostly in analog controlled inverters. The sine wave reference signal is generated by an analog device. Because of the differences in the characteristics of the components used, a given sine wave signal itself contains a small amount of direct current. With closed-loop waveform feedback control, the output current waveform and the given waveform are basically the same, resulting in a certain degree of DC component in the output AC current.

The SPWM signal generated by the control system must be divided into phases by a pulse distribution and dead-time forming circuit, set a dead zone, and then driven by the drive circuit to isolate and amplify the switch tube. The dispersion of the component parameters will cause the dead-time to be different, that is, the loss in the conduction time of each tube is inconsistent, so that the inverter output contains a DC component.

Even if the pulse width modulation wave generated by the control circuit is completely symmetrical, due to the differences in the characteristics of the power switch tube in the main circuit, such as different saturation voltage drop during turn-on and inconsistent storage time during turn-off, these will cause the output SPWM wave to be positive and negative. The asymmetry causes the output current to contain a DC component.

1) Zero drift of the detection element: Inverter introduces output feedback control, it is inevitable to use various detection elements, the most commonly used is voltage and current Hall sensors. These sensors generally have zero point and temperature drift. Due to the existence of these drifts, the output current contains DC components.

Second, the harm of DC components

The DC component mainly affects the transformer in the distribution network, the current leakage circuit breaker, the current transformer, and the meter. Since these devices all have magnetic cores, the presence of DC components can easily cause magnetic circuit saturation, causing current-type leakage circuit breakers to malfunction, transformers or transformers to saturate, generate heat, generate harmonics, and generate noise, which can lead to operational failure of the entire system. Even embarrassing.

The suppression of direct current injection is one of the key issues for photovoltaic grid-connected networks. IEEE Std. 929-2000 states that the DC component of the photovoltaic system's grid-connected current must be less than 0.5% of the system's rated current. The U.S. regulation does not exceed the current rating of each phase. The value of 0.5%, the national standard GB/Z19964-2005 "photovoltaic power plant access power system technical regulations," the provisions of the DC component should not exceed 1% of its AC rating, at the same time "500kW photovoltaic power generation grid-connected inverter technical specifications" The required DC current should not exceed 0.5% of the inverter output current rating.

Third, the suppression of DC components

The suppression of DC components can be achieved through reasonable design parameter matching. Using isolation transformers before grid connection is an effective way to suppress DC components.

For systems without an isolation transformer, PV-power inverters that typically use pulse-width modulation (PWM) technology can suppress the DC component output.

The use of a reasonable detection element can also effectively reduce the DC component.

Fourth, the detection of DC components

Current sensors generally have zero error and temperature drift linear error. These errors will affect the DC component. Some of them can be designed by the circuit and software algorithms, while others are not avoided. Choosing the right sensor and using the sensor reasonably can effectively reduce the influence of the current sensor on the direct injection component.

Here we use CASR50-NP as an example to analyze the extent to which these errors affect the DC component and how to eliminate and reduce the effect. The CASR series is a low-temperature drift, small-size sensor developed by LEM for photovoltaic applications. It has four specifications of 6A, 15A, 25A and 50A.

The influence of these parameters on the DC component in distributed grid-connected PV inverters will be analyzed.

Linearity error: Since the effective current to be measured is an AC signal, the hysteresis curve in the magnetic circuit is a symmetric curve. The linear error generated in the positive and negative half cycles is also symmetrical. For the DC component, it can be mutual. Offset, so the size of the linear error will not affect the amount of injection of the DC component. The hysteresis curve is shown in the figure below.

Temperature drift: This parameter changes with temperature and cannot be avoided. It directly affects the amount of direct current injection and must be considered in the photovoltaic grid-connected system.

Since the detected signal contains both AC and DC signals, the sensor's integrated error only affects the AC and the DC amount is obtained through integration. These errors will be canceled in the positive and negative half weeks. The above error analysis is combined and the CASR output signal affects DC injection. The amount of parameters is mainly temperature drift error.