Abstract With the successful development of 100 lm / W white LEDs, white LEDs have taken a step forward in the popularization of display and lighting applications. It mainly introduces the new application of white LED - the structure and principle of the card light, and its application in life. The brightness of the BM27 was tested at a distance of 50 mm at a current of 20 A. The average brightness was greater than 3 400 cd / m 2 and the uniformity was over 85%.

LED light source has the characteristics of small size, long life, low power consumption, fast reflection speed, rich color and flat package. It is an environmentally friendly and energy-saving cold light source. LEDs are widely used in display and lighting because of their above characteristics.

In 1965, the first commercial LED (red light) was introduced with an efficiency of only 0.1 lm /W. In 1968, LEDs made from GaAsP materials have reached 1 lm / W efficiency and emit red, orange and yellow light. In the early 1990s, the development of two new materials, GaAlInP with red and yellow light and Ga InN with green and blue light, led to a significant improvement in the efficacy of LEDs. In 1998, the successful development of white LEDs marked the arrival of the lighting technology revolution.

1 The latest development of white LED

In the case of the incandescent lamp, the illuminating efficiency of the fluorescent lamp is about 1.7 times, and the luminous efficiency is about 1.7 times. The lamp is 11. 5 times, even exceeding the high pressure sodium lamp which is generally considered to have the highest luminous efficiency. The Showa Denko Group (SDK) has developed a new process for the manufacture of gallium nitride (GaN) based and other nitride based high quality composite semiconductors, primarily for blue and white LEDs. In February 2007, Philip s Lumileds announced the LED epitaxial technology (which basically solves the problem that the white light high-power LED light effect decreases with current climbing, which can increase the light efficiency with the increase of the drive current. Cyberlux claims to use plastic material. The white LED is cheaper, this technology can significantly reduce manufacturing costs, and the brightness is better than traditional white LED. In March 2007, Seoul Semiconductor (SSC) launched 35,000 hours, luminous flux 96 lm of eight The angled 2 W single-chip Acriche can be plugged directly into a 110 V or 220 V AC power supply without the need for an AC/DC converter. The SSC plans to increase the Ariche efficacy to 120 lm /W by 2008.

At present, the thickness of the LED chip is only 0.4 mm, and the light extraction technology of the LED is also greatly improved. Therefore, backlights with LEDs are gradually being used in small displays such as third-generation mobile phones, PDAs, portable DVDs, and digital video cameras. In addition, various lights on the car, such as front and rear lights, side lights, headlights, interior lights and dashboard displays, will fully enter the development application. According to the statistics of Strategies Un2limited, Japan's large-scale headlight factory, Kohido, estimates that by 2008 all new cars will use LEDs as lights.

A domestic optoelectronic device Co., Ltd. is a new white LED product for Japan, named "Card Light". The product is shown in Figure 1. This is a new application of white LED and has been patented. 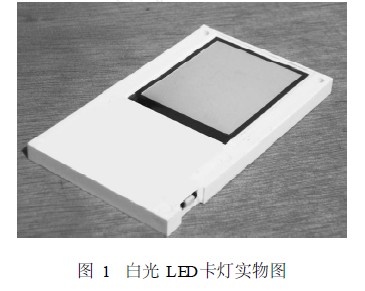 The LED card lamps currently manufactured are mostly small in size, and the area of â€‹â€‹the light-emitting portion is from 3.81 cm (1.5 å‹) to 6. 0 cm (2.4 å‹). The structure is divided into five parts: frame, backlight module, flashing circuit, power supply part and switch:

The frame is used to install and integrate other parts, so that it can be processed into different geometric shapes according to different needs. The card lamp in Figure 1 is rectangular.

The backlight module is the most important part of the card light, and determines the light-emitting area and the light-emitting quality of the card light. The backlight module is composed of an LED lamp, a reflector, a light guide plate, a diffuser plate, a visor, a penetrating prism and a backlight frame. The LED lamp is a light source. The light guide plate extends the light emitted by several LED lamps to the entire light-emitting surface. The diffuser plate makes the emitted light more uniform by the principle of diffuse reflection. The anti-reflection prism can change the angle of the emitted light and concentrate more light. In the direction of the front viewer, the visor is used to control the illuminating area and the shape of the illuminating surface.

The internal installation of the card lamp usually installs a flashing circuit, and through the control switch, the light-emitting portion of the adjustment lamp emits several different modes of light.

Used to connect the circuit and power supply, adjust the card light on, off and light mode.

The brightness of the test card lamp adopts multi-point luminance meter (BM-7), and the BM-7 has 2 measuring points of 2Â°/1Â°/0. 2Â°/0. 1Â°, etc., and the minimum measuring area can reach Ï†0. . 1 mm. It can measure the brightness L, the chromaticity X, the Y, the three color values â€‹â€‹X, Y, Z, the color temperature, the response time, the contrast, and the like. Widely used in the measurement of LCD, BLU, LCM and other fields, is the standard of the liquid crystal industry. 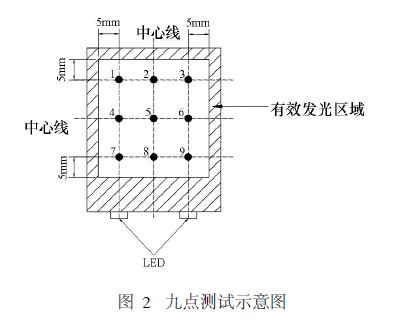 Select 5 LED backlights, select the test instrument TOPCONBM-7, test distance is 50 cm, the test condition is current I = 20mA. The brightness values â€‹â€‹measured at 9 points are shown in Table 1 (unit is cd / m2 ):

The formula for calculating the uniformity R is:

According to the above formula, the uniformity of the effective light-emitting portions of the five groups of backlights is 92%, 86%, 93%, 92%, and 88%, respectively, wherein the maximum uniformity has reached 93%, and the minimum value is also 86%. All uniformities are above 85%, which means that the card light and so on are already very high in terms of light source uniformity. The last item in the table is the average of the brightness of the 9 points in each group, and the value in the fourth group is lower. The analysis may be the cause of the installation process.

In order to visually compare the brightness of each test point, five points of average values â€‹â€‹are taken for each point to make a three-dimensional surface map as shown in Fig. 3. The horizontal and vertical axes of the horizontal plane indicate the position of the measuring point, and the numerical number of the point is used. Marked, the vertical value axis represents the average brightness of 9 points in cd / m2.

The above data shows that the brightness and uniformity of the card light are very good. 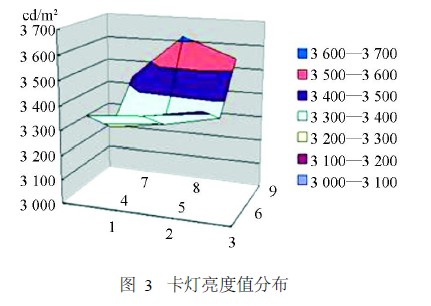 2. 4 application of the card light

With the successful development of 100 lm / W white LEDs, white LEDs have taken a step forward in the popularization of display and lighting applications, and more and more new devices are produced by white LEDs. The EU has indicated that it will completely replace incandescent lamps with LEDs within two years, and the Chinese government has also launched green lighting projects. To be sure, with the increasing use of white LEDs in automobiles, display backlights, and lighting appliances, the LED era is bound to come soon.

Classical Crystal Ceiling Light is a kind of embedded ceiling light with Metal and crystal for main material . Ceiling Lights can be mounted directly on the ceiling, easy to install, simple and generous style, giving the space clear and bright feeling. Ceiling light to the diversification of development, both to absorb the chandelier luxury and style, but also with a ceiling-style installation, to avoid the shorter room can not install large luxury lighting defects. These type light used E14/E27/E12/B22 lamp holder. There are many different patterns and designs for customer to choose. We can make light according to customers' requirments. 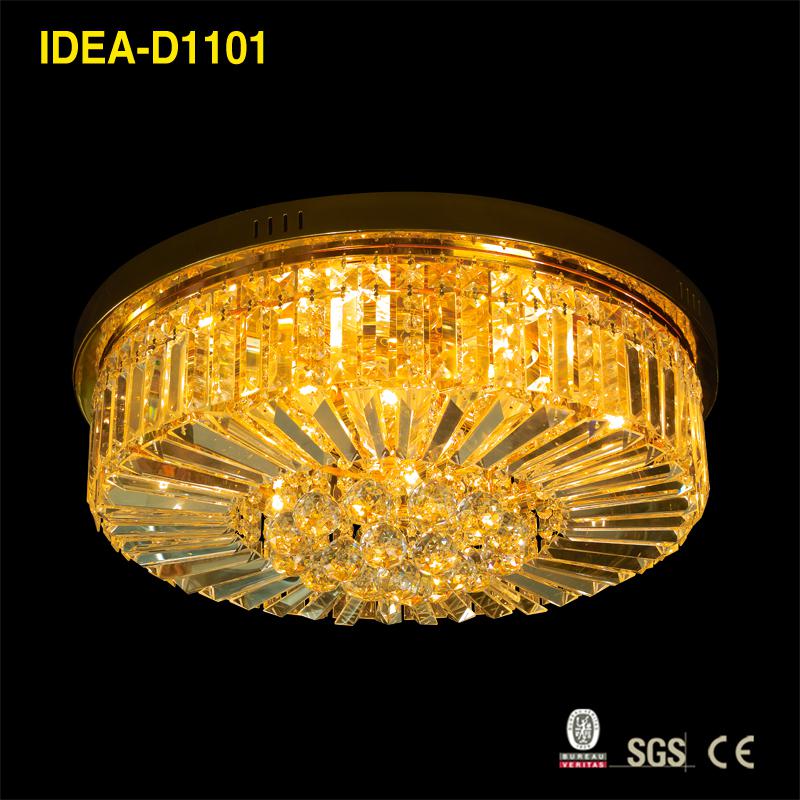